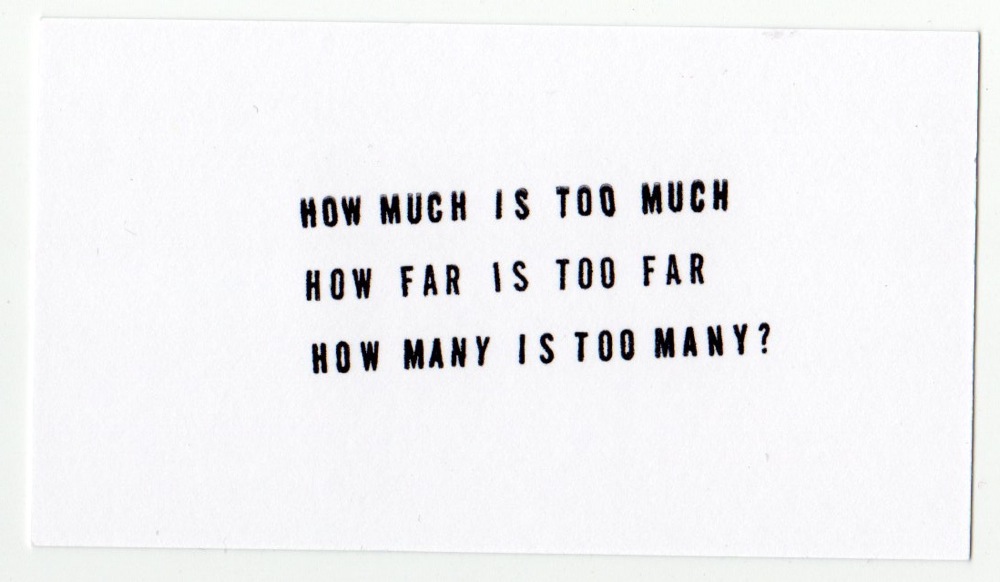 The answer to the question should be pretty obvious. One.

I am not interested in adopting an academic approach to art, I think it only leads to self-conscious and overly-rationalised work. However, if your work references the real world, it is your duty to at least get your facts straight. Otherwise how can it have any authenticity?

As I have been researching the First World War, I am horrified. Although it has been thoroughly documented for a century, the details are endlessly shocking.

These days, every single death in whichever war is currently of interest to our news channels is individually recorded, often in a mawkish reverence that only serves to underline the bias of what we are allowed to know about.

My work “Casualty 14-18” is an attempt at comprehending something of the scale of the tragedy visited upon half the world by the vanity of an undeservingly privileged few.

However, if the First World War could not have lead to an anarchist utopia, then there truly is no hope for the human race, and this is only reinforced by the fact that it was repeated and multiplied a mere 25 years later.

The Telegraph quotes 8.5 million and the BBC TV drama serial “37 days” quotes 10 million in its epilogue. I believe the figures up to 10 million do not include civilian deaths, but why would you not include them?

I chose the 28th July as the starting date of my Casualty 14-18 work as it is the date that the first shots were fired. Today is the 4th of August, the centenary of the British ultimatum to Kaiser Bill which, to my mind at least, is too anglocentric, but whatever. We all have to choose a number, choose a date and do something with it.

Although the First World War is over a long time ago, wars continue and casualties accumulate, and not only in Gaza. Also currently in Ukraine, Syria, Iraq, Egypt etc etc etc. Not all officially declared wars, and not all of them of any interest to the British government or British media.

I make no claim to be a historian so I get my list of ongoing armed conflicts from Wikipedia via the Uppsala Conflict Data Program.

How many is too many? It seems that there is no upper limit.